The World Piano Competition: A Renewal 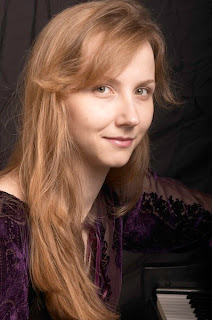 At the end of the finals of this year's World Piano Competition, based in Cincinnati, director Mark Ernster remarked that while the competition is currently in its fifty-seventh year, it's as if it had been born anew, thanks to its recent partnership with CCM and the Cincinnati Symphony. As a competitor, third prize winner and sufferer in last year's competition, I couldn't agree more. Unlike last year, the competitors were treated to a smoothly organized experience with great pianos, great audiences and a highly accomplished jury. I couldn't get to the first two rounds, but I listened to the live stream of the finals just down the hall from the actual competition in a vacant classroom (since the whole family came along, we needed a “baby-proof” setting).

The final round of any competition is always a strange thing. It's the most exciting, it draws the biggest audiences and the most speculation. But the finalists, exhausted from a week of non-stop adrenaline and working on a tight rehearsal schedule with the orchestra, rarely are in top form. It can be an exercise in stamina more than actual musicianship. While I can't confirm it firsthand, I did hear from a few others that this year's competition conformed to the rule. Still, the three finalists were all exceptional pianists who gave it their all.

Misha Namirovsky started the evening with a thoughtful and expressive Brahms D minor concerto. I was particularly captivated by a lush and serious slow movement that maintained an undercurrent of tension despite a tempo that was a little slower than normal. Unfortunately, the octave passages in the first movement were probably not as clean as he would have liked, and a number of little inaccuracies crept into the last movement as well. The real disappointment was a embarrassingly slipshod job by the Cincinnati Symphony under the baton of associate conductor Robert Treviño. They sabotaged the performance with a sluggish response to the soloist, incorrect tempi, and flat, lifeless lines. This concerto has too many extended orchestral interludes for the pianist to be able to hold the piece together on his own, so inevitably it came across as dull and long-winded. Namirovsky was awarded the bronze medal, quite fairly I think, although it's easy to imagine that the result could have been very different with slightly different circumstances.

Jin Uk Kim dazzled with a hair-raisingly accurate and polished account of Beethoven's fourth concerto in G major. He was the audience prize winner and the favorite of many of my friends. I thought he gave a powerfully structured interpretation of the first movement that climaxed in a brilliant cadenza. Ultimately, he was let down by his choice of repertoire; the finesse and lithe character were missing in a piece that is all about a quicksilver attention to gesture and shape. His style would have made for an unbeatable Prokofiev 3, or even Beethoven's Emperor concerto. He came away with second prize, although probably it was a very close call.

Marianna Prjevalskaya concluded the evening with a highly individual take on the Brahms D minor. Her presence on stage was electrifying, and she demonstrated true artistry in a compelling and tumultuous performance. I can't say I agreed with every interpretative choice she made—the second movement was stagnant at times and the slower sections in the third movement were a little mawkish for my taste. She was daring, she was challenging, she was maybe controversial, but her musical authority put her ahead of the pack and she emerged victorious as the gold medallist. The orchestra rallied behind her wonderfully, sounding like a completely different ensemble than only a couple hours before.

The level of artistry was inspiring at the World Piano Competition this year, and it looks to have turned over to a new leaf. It's an exciting time for piano and pianists in Cincinnati!
Posted by Edward Neeman at 9:39 PM